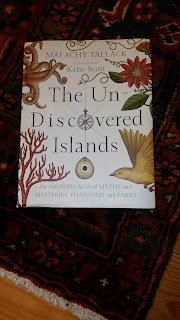 'The Un-Discovered Islands' deals specifically with two dozen mythical, phantom, and fake Islands, which also serve to underline just how important Islands are in our collective imagination. Some of them are islands of the dead - places where our souls go, and maybe come from too, or are otherwise otherworldly. Others were probably cynical inventions to secure funding for further exploration. Some, such as Atlantis, have always been fictional but have somehow come to be accepted as fact - almost.

Most extraordinary are the last two entries - Bermeja, and Sandy island - both of which have only been finally un-discovered in the last decade or so. Bermeja had been un-discovered somewhat earlier but its existence, or lack there of, was still being discussed by the Mexican government in 2009. And isn't it something to think about - that even now with all the wonders of satellite and digital technology - we're still not, or so it seems, entirely sure what's out there.

It's also a reminder that Islands that have existed can disappear, that land is swallowed by the ocean all the time. Which is unsettling (though not as unsettling for me in my land bound location as it might be for someone living on the unstable edge of a cliff).

Altogether it's a fascinating journey to places that don't exist with the chance to explore all sorts of odd stories, myths, and mysteries along the way and with the possibility of heading off in all sorts of tangential directions.

The book is also beautifully illustrated by Katie Scott - so beautifully it would be very wrong not to mention it.
Posted by Desperate Reader at 9:26 PM 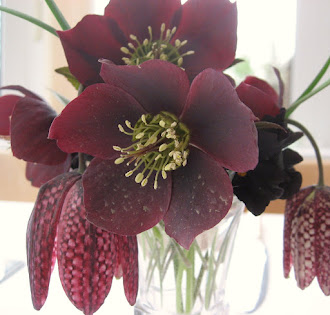 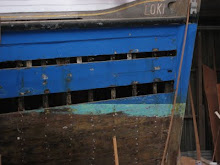