Last birthday I became the proud owner of River Cottage handbook No2 (Preserves, by Pam Corbin) which reinvigorated a never very distant interest in Jam making specifically, and preserving generally. It gave me the idea that I would like to make my own mincemeat, but being December already it was too late. My partner’s garden is currently full of sloes and apples, and our plan for this weekend involved doing something with both. Checking the method for sloe gin (that one didn’t take any thinking about) reminded me about the mincemeat.
I clearly remembered finding a recipe last year that sounded lovely and would take care of a handy amount of apple so I set out to look it up. Hindsight suggests it would have been wise to make a note; too many cookbooks confuse the cook.
Despite being very apple-y I rejected the River Cottage version for not being traditional enough. Same thing with Nigella’s vegetarian Cranberry adaptation, which I did make last year, it’s excellent, particularly as a condiment with roast meat or cheese, but come Christmas it’s not saying mince pie to me. 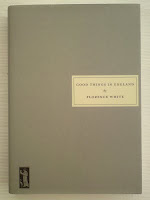 Next port of call was Florence White’s ‘Good Things In England’ (lovely Persephone cookbook which I’ve yet to use) A Mrs Brewitt of The Priory, Melton Mowbray is credited with a very nice sounding concoction which comes with absolutely no instructions except ‘Do not let any flour of any kind touch the suet, or the mincemeat will ferment.’ It sounds like excellent advice, but I can’t see how flour would touch it. Mrs Brewitt makes me suspicious; I don’t think this will be the moment for Good Things. 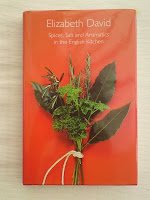 And so I turned to Elizabeth David –‘Spices, salt and Aromatics in the English Kitchen’ to be precise, now published by Grub Street. (I love Grub Street, not least because they specialise in Cookery and Military Aviation History, delightfully unexpected.) David tells me that I ought to know a good recipe already, before conceding that she’s asked a lot for mincemeat methods so perhaps a good mix isn’t that common. She also assures me that pre shredded suet is fine, which is nice to have confirmed, because I believe her when she says shredding it is a horrible job. She is, however, a little vague on a few points I want to be clear about, so I’m putting her on hold for now. 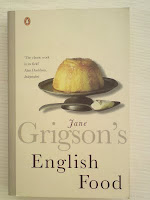 In situations like this I always end up turning to Jane Grigson, and so it is today. In ‘Jane Grigson’s English Food’ I find two versions. One involving steak sounds a bit too authentic, vegetarians will not approve. One for orange mincemeat sounds perfect. I’ll let you know how it turns out.
Desperate Reader at 9:24 AM
Share