The thing with cookbooks, with all books really, is that whenever I reach a point that I think I have enough on a particular subject something new pops up that looks absolutely indispensable. So it is with Claire Macdonald's Game Cookbook.

We spent New Year holed up in the Scottish Borders where we had ample opportunity to admire live (if somewhat bedraggled) pheasants, and as it rained a lot it seemed sensible to explore some of the excellent independent book shops the area is so well provided with. My favourite is the Mainstreet trading company in St Boswell's. I cannot overstate how much I like that place, or its very good cafe (the orange and Rosemary cake is highly recommended).

In the end it was D who bought the Game Cookbook, which now presents something of a dilemma - it would really be silly to buy another copy for my flat when he already has one, but it's such a useful looking book that it's hard to resist. The attraction of game is that it's free range, lean, comes in sensible sizes (1 pheasant is just right for 2, a partridge is a good size for 1 - and so on) and from my local market is cheap. Supermarkets sell more and more if it but at roughly twice the price of any of the butchers I've used. The butcher will also be more informative regarding the age of the bird (or beast) which is handy to know. 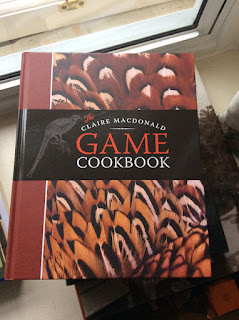 The first thing I like about this book is that, with the exception of woodcock and snipe, all the game is easily available (grouse is very dependant on what kind of a season it's been, there was none to be had this year on Leicester market, but last year there was plenty and at a good price too). The second thing is that pheasant and venison get the longest chapters - sensible because they're the most widely available, and pheasant is probably the cheapest too.

The third thing I like is that there's a really extensive chapter on stuffings, jellies, sauces, and other accompaniments as well as generic recipes for stock, pies, and soup. The recipes themselves are tempting (they're tempting us anyway) as well as having useful serving suggestions with them. The list of seasonings etc seems reasonably modest and with the current exception of arrowroot all things that are in my cupboard already.

There is also that absolute clincher - the blindingly obvious once you think about it suggestion that you somehow never thought of. For me, in this book, it's using skinned venison sausages to make a pasta sauce. I don't know why it's never occurred to me do something like that before, but now it has I will. It might not be a waste of wild boar sausages either.

Posted by Desperate Reader at 7:59 PM 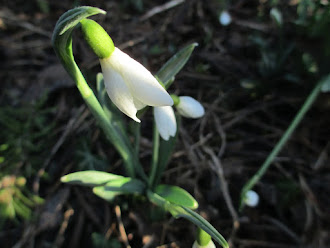 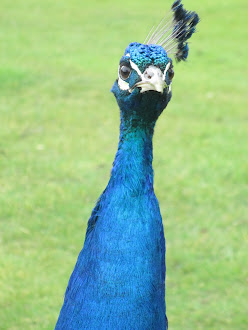